How to Take Notes in a Zoom Call Like Guillaume Cabane 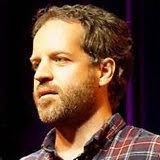 Renowned growth advisor Guillaume "G" Cabane shares how he takes live notes during meetings with Grain to save time “100 percent."

Former VP of Growth for Segment and Drift, Guillaume “G” Cabane now advises some of the world’s fastest growing companies (G2, Abstract, Gorgias). His commute may have shortened but his workday has not.

“I am in back-to-back Zoom video calls with seven clients,” says G.

With non-stop Zoom meetings, G doesn’t have time between meetings to organize all of the action items, interesting client remarks, and moments of concern.‍

"Listening to every Zoom recording myself is valuable, but painful"

G explains, “I charge a lot per hour, which means there are high expectations and one of the obvious expectations is ‘G is going to follow up and do the things he’s committed to.’ I commit to a lot of things. I say ‘yes i’ll do that’ or ‘oh, this is a good idea I should follow up on.’”

Initially, one of the solutions G explored involved his executive assistant reading Zoom call transcripts, taking notes of action items and such, and then creating a report. Yet that proved less than ideal.

“That was problematic because my EA’s time is consumed at the same rate as my time, which isn’t great for her—or for my finances,” says G. “And my EA doesn’t necessarily know the subtleties of what’s going on in my brain such as ‘this moment in the meeting is good to highlight for myself and this other part should be shared with the client.’”

G then tried listening to all of the calls himself.

There’s no other platform that I know of that enables me to—in just a second while talking, right now—take a note and create value in a call with someone.”

"There’s no other platform that I know of that enables me to—in just a second while talking, right now—take a note and create value in a call with someone.”

In his search for a tool that allows him to “pinpoint key moments of interaction” during calls, G found Grain.

“The thing I love most about Grain is the ability to quickly take notes during a call. There’s no other platform that I know of that enables me to—in just a second while talking, right now—take a note and create value in a call with someone.”

One of Grain’s early adopters, G developed his own system for quickly taking note of a key moment of interaction in a call—while still remaining engaged with the client. G uses a system of emojis found in the Grain desktop app for noting different types of key moments.

We asked, and G graciously shared his list of preferred emojis and what they mean:

🔥 - Good reaction from the client or G

😔 - Something G is concerned about. (G probably won’t share this with the client.)

✅ - Something the client has committed to doing

🚧 - Something G has committed to

🧠 - Summary of the call for his team

By quickly clicking an emoji, or briefly writing a time-stamped note, G can remain focused on his clients during calls—while his team has a system for easily reviewing all of the key moments after a meeting.

“I’m reaching out because your CEO said this. We should talk.”

G rarely shares an entire call recording with a client. Instead, he uses Grain’s recording editing capabilities to create a brief video highlight for his client.

“One way I love to share highlights is when the client’s CEO says something important such as “We don’t really do that growth tactic at this company.” He then contacts a VP responsible for that kind of tactic and says “I’m reaching out because your CEO said this. We should talk.” Basically put, G uses Grain’s brief video highlight feature “as a way to move [his] agenda.”

“Grain is hard-coded into my daily system,” says G. “I use Grain in every one of my calls. There’s no way I’m removing Grain. Time-saving 100 percent. Complete empowerment. There’s no way I could manage that number of Zoom calls and different customers without Grain.”

For highlights of our entire interview with G, watch the video here: