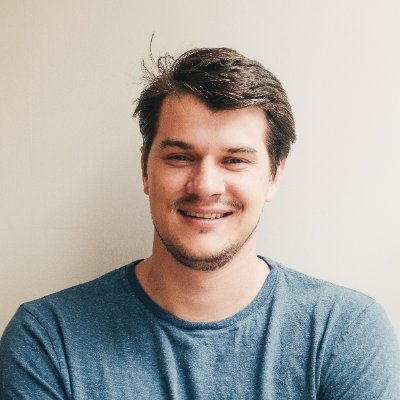 Grain gives teams a new way to collaborate during and after live video meetings. Take live notes together and create short video highlights you can share directly in your favorite tools. And Grain is available to sign up for free for Web, Mac, & Windows. 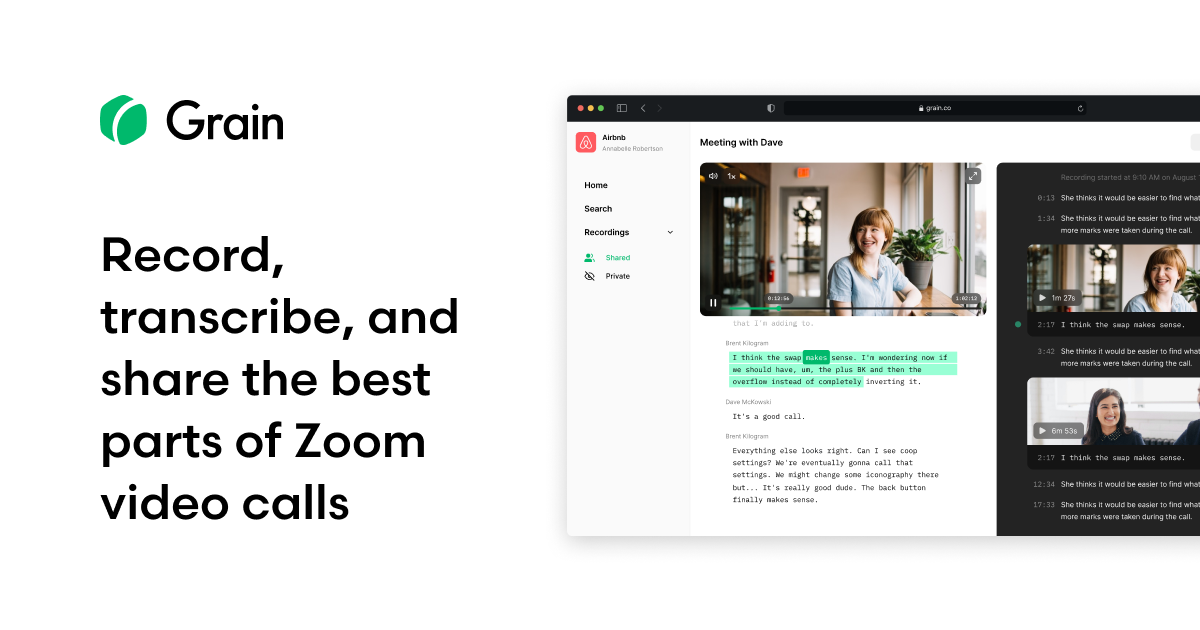 In a world where notifications buzz, screens flash, and moments pass us by, we at Grain believe the world is in desperate need for tools that make it easier to engage deeply, communicate clearly, and listen to others.

Why do we need to listen to others? This video highlight from an early company brainstorming session is the exact moment when I could articulate the purpose and mission of Grain:

"So that I can understand. So that we can be in sync. And if we're in sync, the game is over. You can move mountains."

When we at Grain set out to build this tool to improve listening, we took note of two technology trends: the synchronous world of video calls where information is shared, and the asynchronous world of docs, messages, and emails where team knowledge lives.

So, we decided to build something that makes it as simple to annotate and share recorded content as it is to copy and paste text from a document.

And while we know that recorded media can't force everyone to understand the same information in the same way, we absolutely know that it helps.

Recording live video has never been easier, but sharing what you hear from others in an easily consumable way is still a chore. Especially if all you want is to share the few parts that matter.

Integrated first with Zoom, Grain makes it easy to record, transcribe, and share the best parts of video calls in seconds, not hours. ⚡️

With Grain, your Zoom recordings are imported automatically and sharing the important parts is as easy as selecting text in the transcript.

And with the Grain LIVE desktop app, you can even take time-stamped notes during calls and turn them into short video highlights—the desktop app will save you loads of time and allow you to take up to 90% fewer notes during your calls.

After ten months building in private beta, this week we removed the waitlist for Grain. Now, anyone can join our burgeoning community of what we call "power listeners." We've also released an all-new Windows app to go along with our Mac app.

Teams like Zapier, InVision, Wistia, Slack, and more are already using Grain to better understand their customers, users, and each other. And now you can too. 🙌

While this week marks the 1.0 release of Grain, we're still just getting started.

We're actively working on features to make Grain easier and more powerful to use, more integrated with your favorite tools, and more portable in every conversation.

We invite you to join our community of users and hope that you'll help us find even more ways to use Grain.